100 Dishes To Eat In Alabama Before You Die-Athenian Grouper

by Kicking The Bucket List With Meg on November 9, 2016 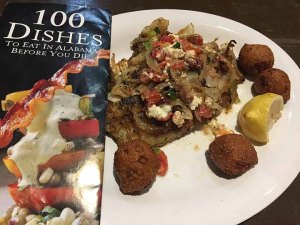 THE DISH-Athenian Grouper at The Fish Market Restaurant in Birmingham is the 79th “dish” that I have tasted on my quest to eat all dishes listed on 100 Dishes To Eat In Alabama Before You Die. (Or 22rd on my countdown.) 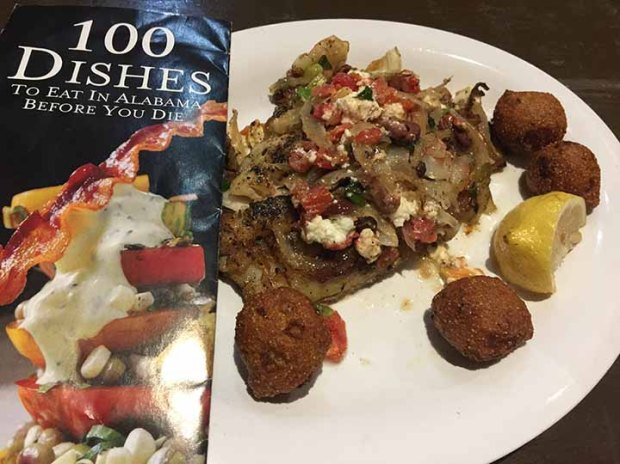 )Athenian Grouper at The Fish Market

Grouper topped with grilled onions, marinated Greek olives, sliced tomatoes (I did not get the sliced tomatoes.), creamy feta cheese & Greek spices. Served with a few hushpuppies and a slice of lemon.

Other Foods that I was able to try. 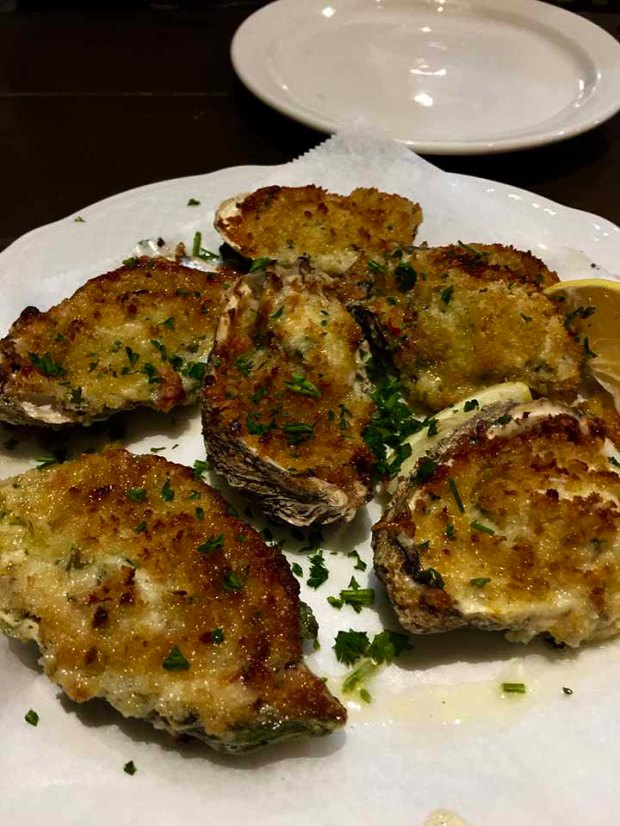 Justin Baked Oysters with a Greek twist were tasty but I found them too salty. 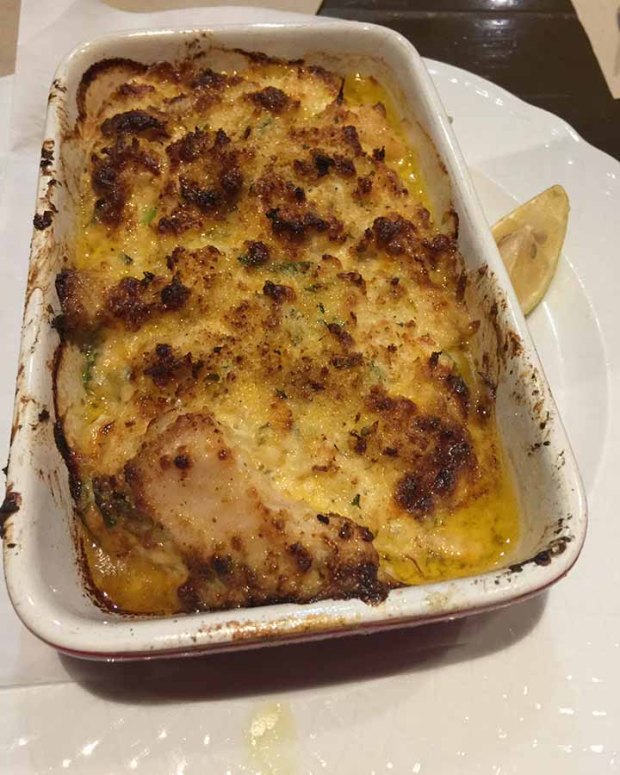 This dish had fish, scallops and shrimp in the dish.  Again, I found it too salty.

And then the dish that needs no introduction. 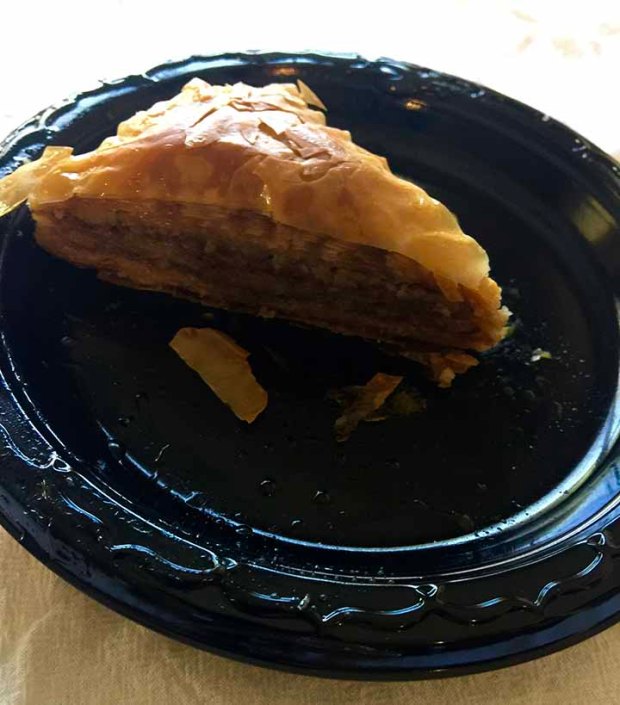 Baklava at The Fish Market Restaurant

So delicious.  Some of the best Baklava that I have ever eaten. YUM!

THE PLACE-The Fish Market Restaurant  at the downtown Birmingham location is situated near the University  Alabama campus and clinics in a renovated brick building. 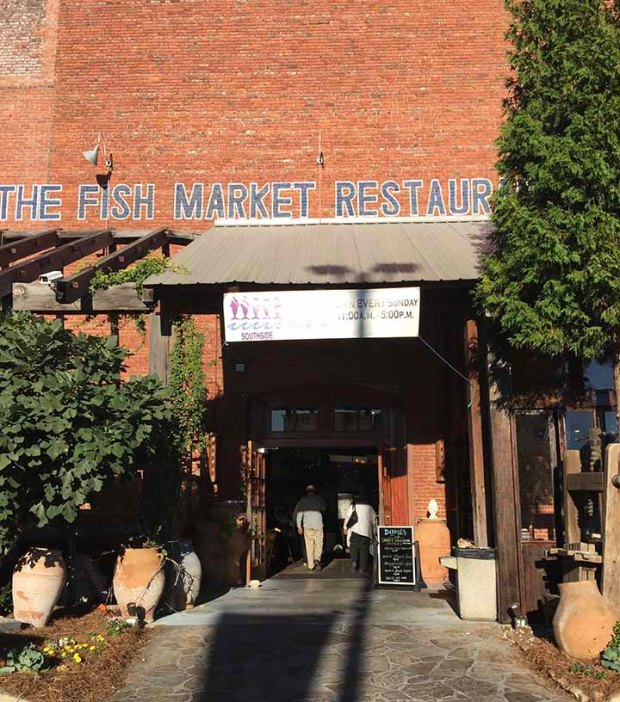 With several dining room areas, I finally was seated away from the serving station, the door, and the bathroom- Thanks! The walls were decorated with charming photos of Greece, boats (literally,)pottery, and fishing accessories. 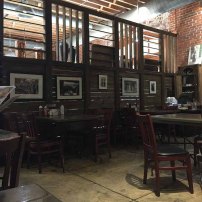 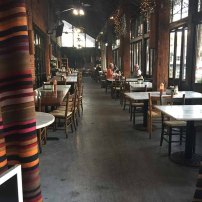 Bright and sunny porch at The Fish Market Restaurant 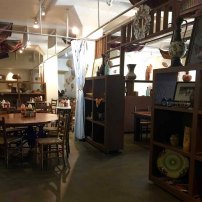 Dining room at The Fish Market

There was also live music but I was unable to hear it from the area where I was seated. 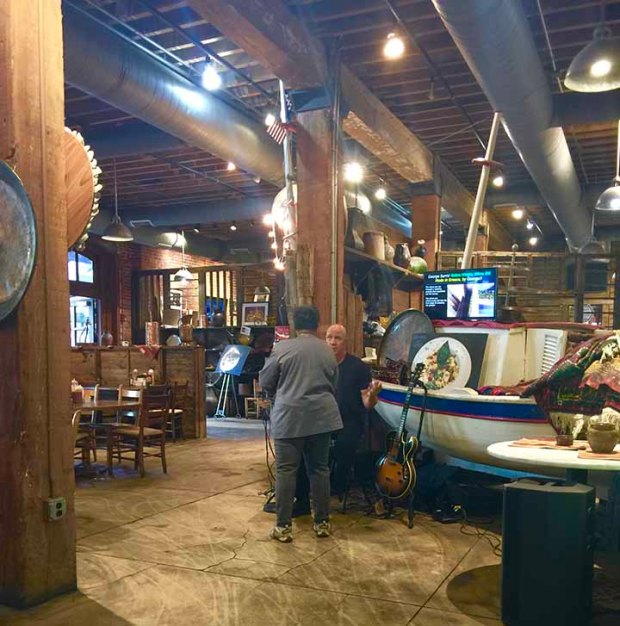 Even the bathroom had interesting pottery and sinks. 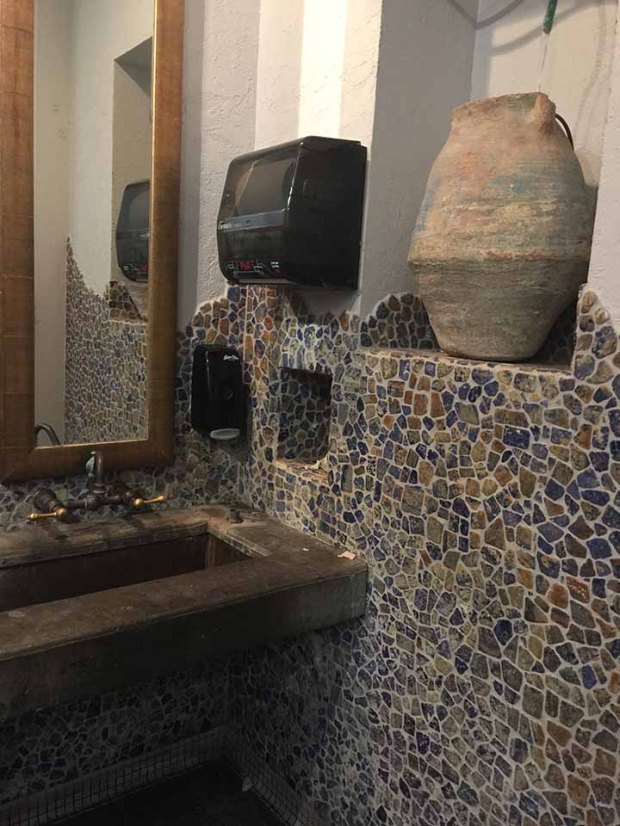 Restroom at The Fish Market Restaurant

I found a busy place, there is also an area just for take-out orders. However, my favorite part of this restaurant is the Fish Market, there is an actual market located inside the restaurant. 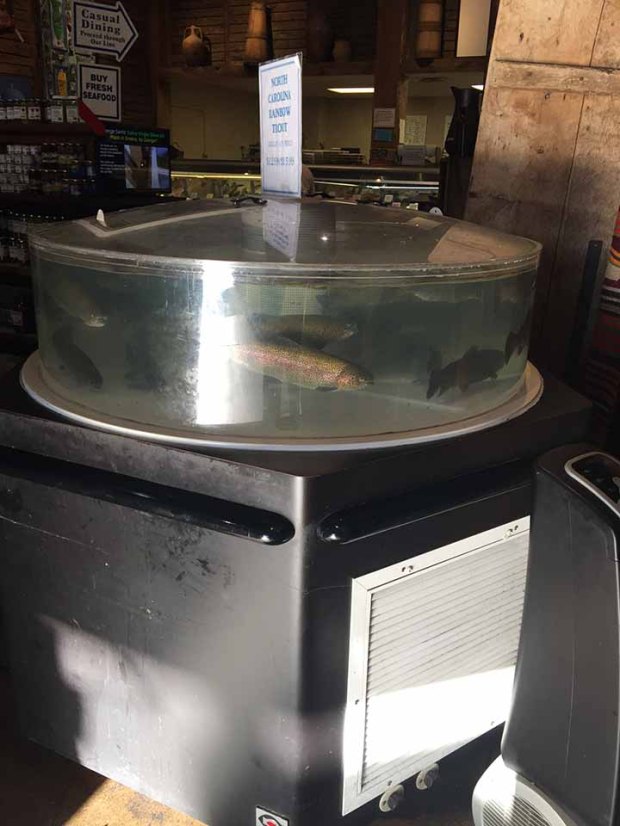 The shelves are full of Greek olives, oils, spices, seafood related goods, along with  many other fantastic items. 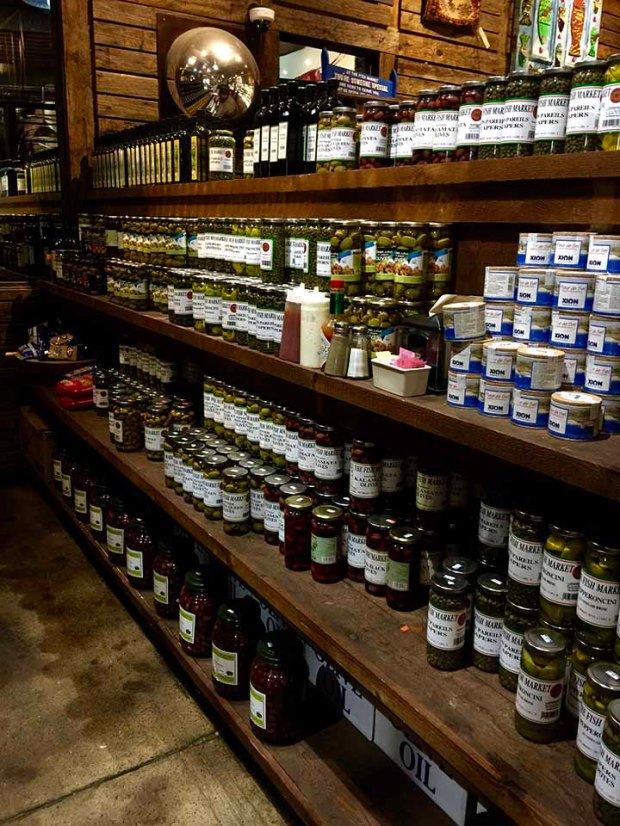 The Fish Market Restaurant has many Greek Specialties

And, there is fresh fish from what is called the “who’s who in fish markets.”  From near and far places such as the Alabama Gulf Coast, Florida, Massachusetts, and Lousiana. 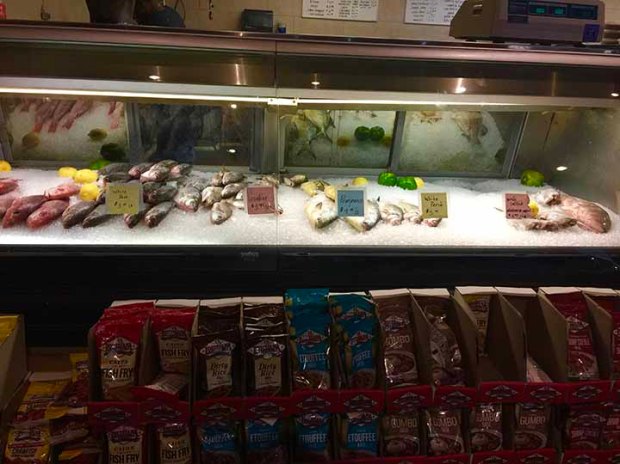 MEGastars: 4 **** I love Mediterranean food and the fresh grouper was fantastic.  This dish was good, If these items had a bit less salt, I would have given them a 5. Fresh fish was available as well as Greek goods that were sold. My favorite fish is trout, I loved that they had quality fresh trout offered.